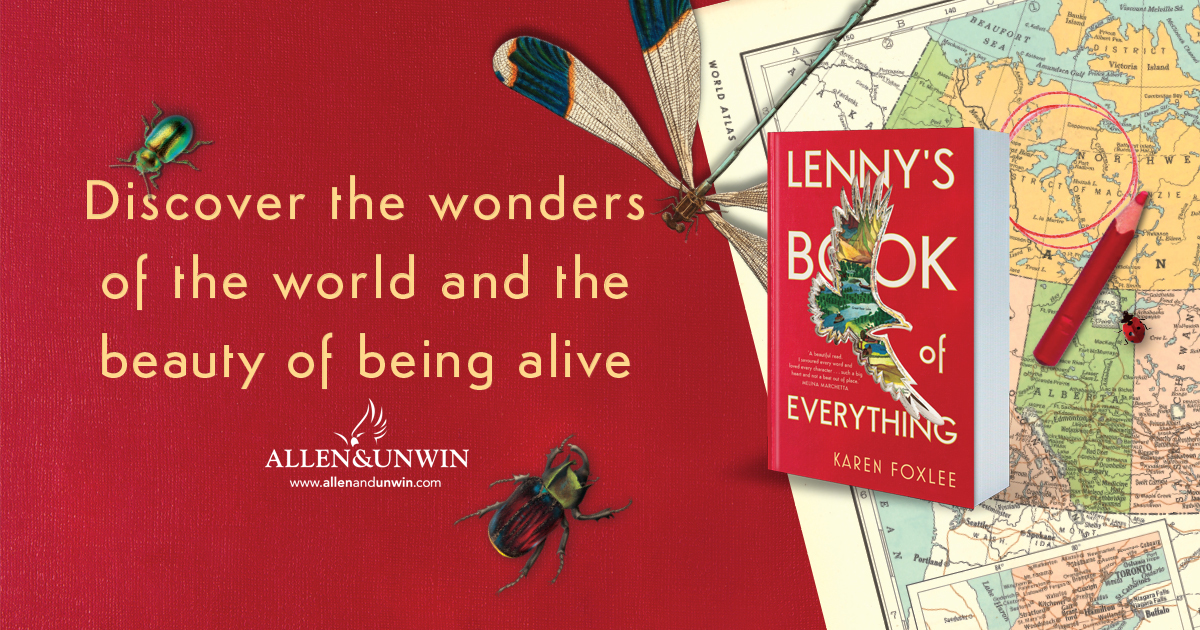 Lenny's Book of Everything is a book about finding good in the bad that will break your heart while raising your spirits in the way that only a classic novel can.

Lenny, small and sharp, has a younger brother Davey who won't stop growing – and at seven is as tall as a man. Raised by their mother, they have food and a roof over their heads, but not much else.

The bright spot every week is the arrival of the latest issue of the Burrell's Build-It-at-Home Encyclopedia. Through the encyclopedia, Lenny and Davey experience the wonders of the world – beetles, birds, quasars, quartz – and dream about a life of freedom and adventure. But as Davey's health deteriorates, Lenny realises that some wonders can't be named.

A big-hearted novel about loving and letting go by an award-winning author.

Read an extract of Lenny's Book of Everything 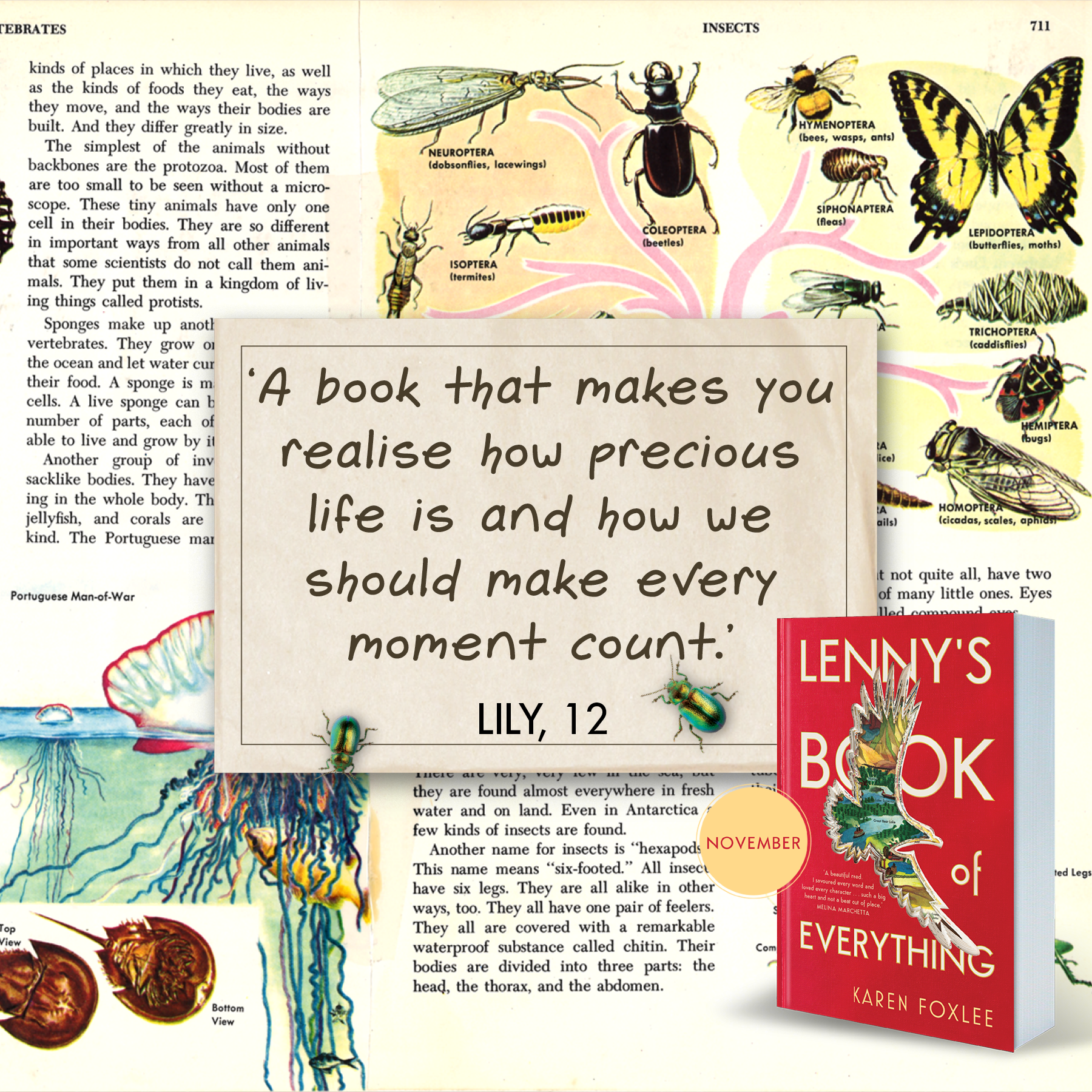 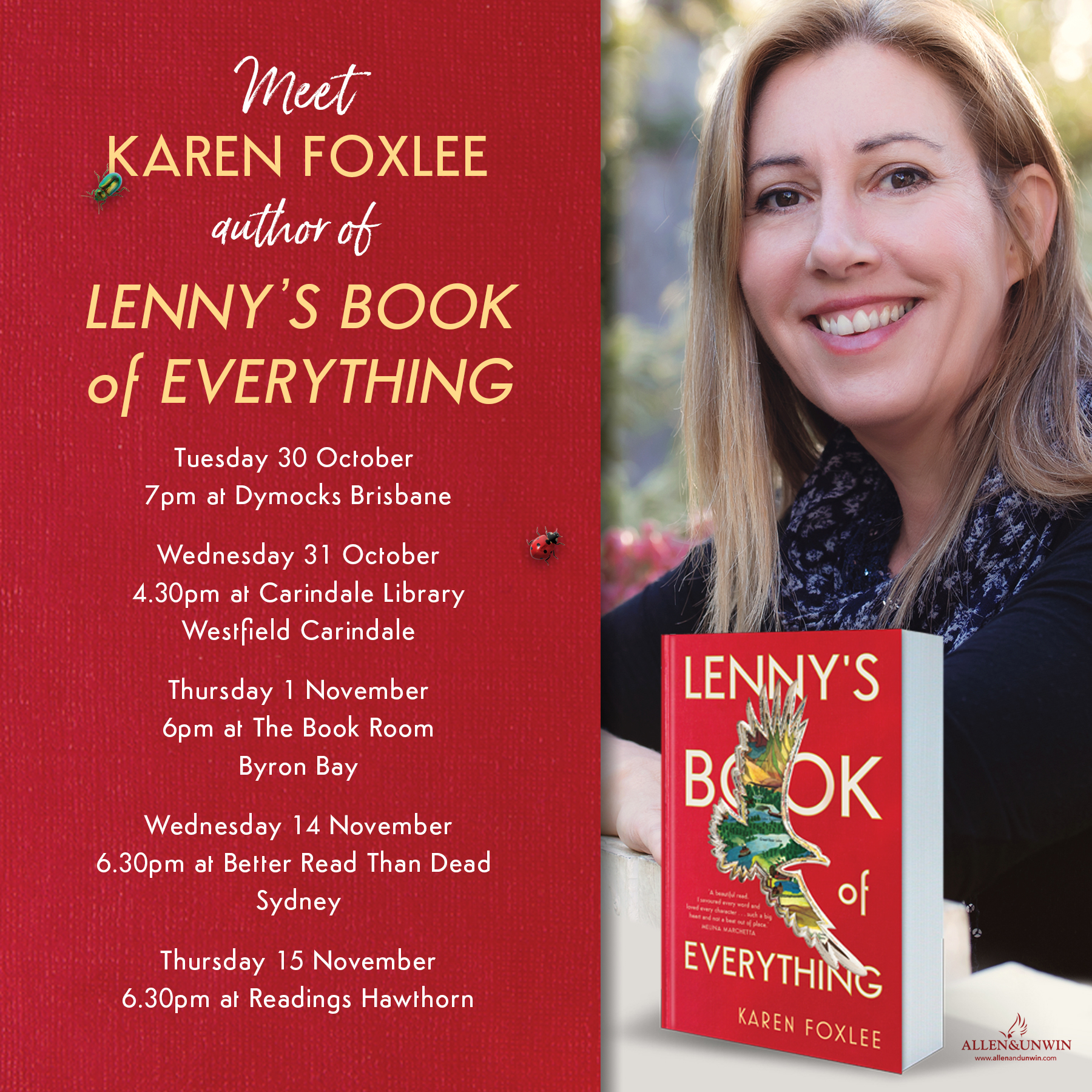 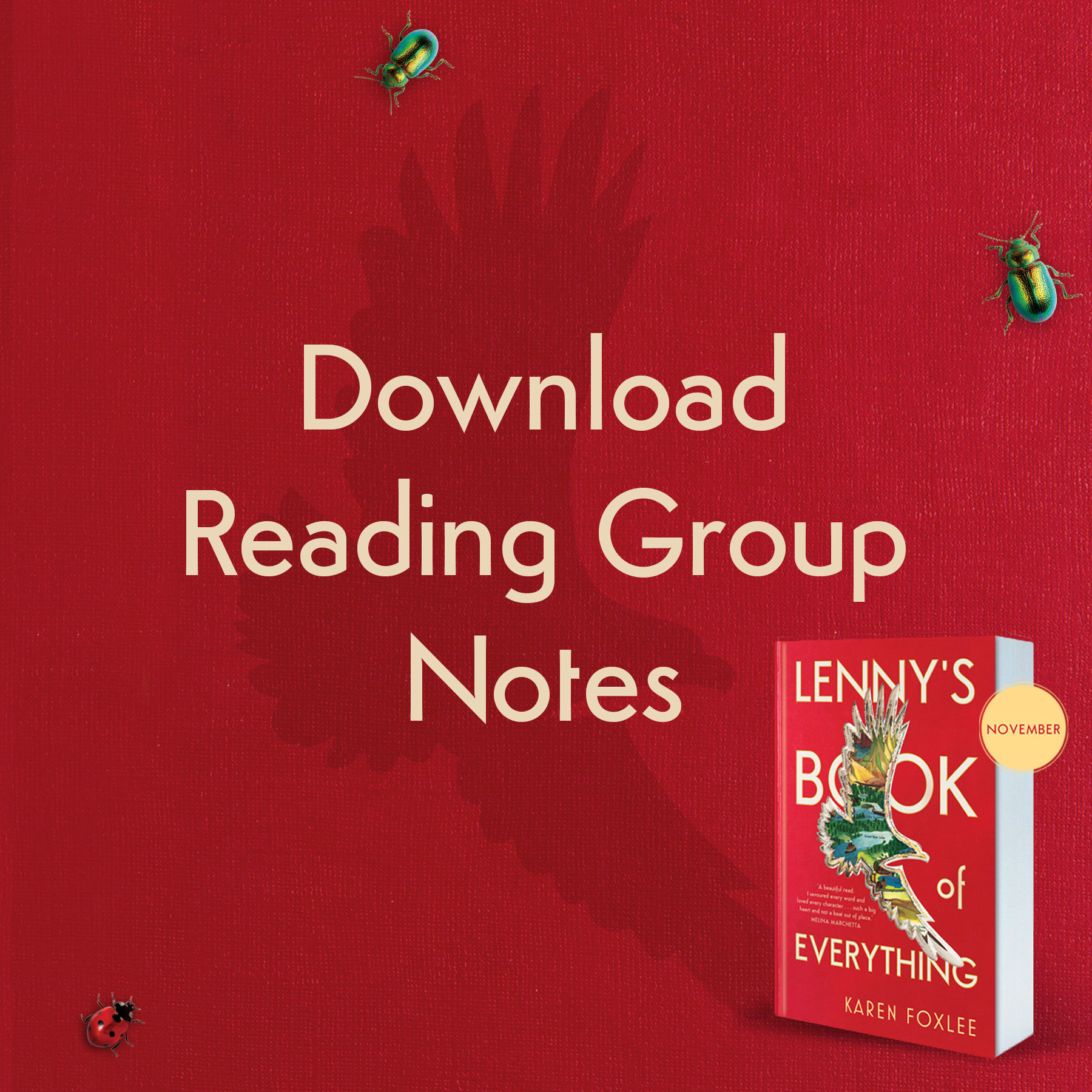 Goodreads reviews for Lenny's Book of Everything

Thanks for your entry, and good luck!

For more competitions, and great books, check out our website & newsletter for regular giveaways.

This competition is now closed, thank you for your interest.

Congratulations to our lucky winners!

For more great book suggestions and giveaways - check out our website.

Can you tell us about Lenny Spink, and how she made her way from your imagination and onto the page?

Lenny Spink is the narrator of my story. She lives with her brother in an apartment overlooking a Greyhound bus station, and at night, in the bedroom they share, they like to stay up to watch the arrivals and departures.  Lenny misses her dad, who left and never came back, and is fiercely protective of her brother, who can’t stop growing.  She has to help her mother a lot as she works two jobs.  Lenny is loyal, brave, sometimes fiery, but she’s also got lots of worries and concerns.  Life isn’t easy in the Spink household.  The thing I love about Lenny most is her tremendous sense of wonder. She’s so open to everything she reads in the Burrell’s Build-It-at-Home Encyclopedia that arrives weekly, issue by issue, to their mailbox.  In particular, she loves beetles and has plans to become a coleopterist when she grows up, and discover new species.

Lenny was quite a surprise (and a real gift) from my imagination.  I only had a vague collection of ideas for this story: a boy who keeps growing, a single mother, and an encyclopedia set. But whenever I attempted to put it down on the page … I got nowhere. After putting the project away for several years, it began calling me again while I was editing A Most Magical Girl.  When I finally sat down to write this time, Lenny was there, waiting. The first words I wrote were in her voice – Our mother had a dark heart feeling. It was as big as the sky kept inside a thimble.  That’s how dark heart feelings are. They have great volume but they can hide in small places.  You can swallow them with a blink and carry them inside you so no one would know.  I knew straight away that everything was going to be ok.  Lenny was going to tell this story.

What is gigantism, and how does it affect Lenny’s brother, Davey?

In medical terms, gigantism is a rare condition that causes abnormal growth. Davey starts growing around his fifth birthday.  He grows in stature rapidly until, by the time he is seven, he is man-sized.  His growing also has a detrimental effect upon his health.  There are many kinds of conditions that can lead to abnormal growth in children.  I based Davey’s condition on pituitary gigantism, which is usually caused by a tumour on the tiny pituitary gland in the brain and results in the overproduction of growth hormone.  I used considerable artistic license, however, in making Davey’s condition a one-of-a-kind condition that baffled doctors in the early seventies.

Lenny’s Book of Everything is set in the 1970s. What were the biggest differences for kids growing up in that time, compared to now?

That’s a great question and one I’ve thought about so much while I was writing Lenny’s Book of Everything.  It sounds like a cliché, but I think life was simpler.  There was much less choice than today.  By that I mean choice about what to do, what to watch, what to buy.  Choice was my Dad coming home with the Cadbury family block of chocolate on a Saturday night after he’d been at the pub, and everyone deciding which flavour they’d like and then turning on the television and deciding between the two available channels! Perhaps more importantly though, the world was unclouded by small screens.  Most people had a television, the centre of the home, a telephone on the wall and a radio in the kitchen.  But that was it! If I wanted to research something for one of the ‘novels’ I was writing, my mum would drive me to the library and tell me she’d pick me up in two hours.  I’d search through the card catalogue drawers for what I needed.  And then when I got bored, I’d just wander about, touching books, opening them up, imagining things.

Were build-it-at-home encyclopedias a real thing?

I don’t know if they were.  I couldn’t find a real example.  But I know that there were a few different reference sets you could buy issue by issue at the newsagency when I was growing up, so I kind of extrapolated from that.  I loved writing about the encyclopedia in Lenny’s Book of Everything and love the idea of the home delivery of knowledge to Lenny and Davey’s household.  Those kids go everywhere through those pages.  I also enjoyed writing about the wonderful relationship that develops between Martha Brent, the Sales Manager at Burrell’s Headquarters, and Cindy Spink.

Encyclopedias hold a wealth of knowledge about the world (and obviously would have been particularly valuable pre-internet), but as far as reading material goes, some might consider them a little dry. What is it Lenny and Davey find so fascinating about the entries?

I think they love the sheer diversity of what they are reading about and the novelty of having that knowledge delivered to them.  It’s like the whole world is slowly, week by week, moving into their little living room on Second Street. Right from the start, they are fascinated by what the As contain, from the abominable snowman to amoeba, and they start to think ahead to what the other volumes might hold.  But they aren’t always happy with what they read. Sometimes they are bored.  Sometimes disappointed.  Sometimes they feel the entries lack detail.  They have definite favourites and entries they return to again and again―birds and beetles in particular.

Read the rest of the Q&A at Good Reading Magazine

Karen Foxlee is an Australian author who writes for both kids and grown-ups. Her first novel The Anatomy of Wings won numerous awards including the Dobbie Award and the Commonwealth Writers' Prize for Best First Book. Ophelia and the Marvellous Boy, Karen's first novel for children, was published internationally to much acclaim while her second novel for younger readers, A Most Magical Girl, won the Readings Children's Fiction Prize in 2017 and was CBCA shortlisted the same year.

Karen lives in South East Queensland with her daughter and several animals, including two wicked parrots, who frequently eat parts of her laptop when she isn't looking. Her passions are her daughter, writing, day-dreaming, baking, running and swimming in the sea.

The information you provide will only be used for administering the competition and in distributing our e-mail newsletters. Competition open to residents of Australia & NZ only. Twenty advance copies of Lenny's Book of Everything available. By submitting this form, you agree to the Terms & Conditions listed. Entries close 21/10/2018 at 23:59 AEDT and the winners will receive their copies by 29/10/2018.

Thanks for your entry, and good luck!

For more competitions, and great books, check out our website & newsletter for regular giveaways.